Here’s a detailed list of things you should know before traveling to Belize.

Hands up who’s heard of Belize! Be honest! I knew very little about Belize before I started researching for our 3 month vacation to Central America. Maybe it’s complete ignorance on my part or maybe I was distracted in Geography class that day. I couldn’t picture what Belize looked like. Or what the people looked like, what language they spoke and where in the bloody world it was located.

Oh and it’s insanely beautiful, like honeymoon-brochure pretty, google it seriously, I nearly had a heart attack when I google-imaged Belize the first time.

Even though Belize is located in Central America it definitely has more of a Caribbean vibe. The locals even admit they identify more with Caribbean culture than Latin (Central American culture). They speak creole (think Sean Paul) and love a good barbecue. Honestly, walk down the beach in Placencia and food stall vendors will be shouting “baby back ribs, get your ribs here”. Belizeans were the biggest characters from our travels, loud, passionate and full of love and life.

What is there to do in Belize?

Even though Belize has picture-perfect beaches you don’t want to spend your whole trip lying on the white sand drinking rum or a Belikin (the local beer). We didn’t mind the beer but a local man once told us it tastes like “rusty water” and he recommended a Dominican beer instead.

The best beach in my opinion is Placencia, but during rainy season there’s lots of seaweed on the shore. So, if you want to avoid the black stuff be sure to visit from May until October.

For the adventure nut – Belize is heaven. There’s lots to do from diving the famous Great Blue Hole to swimming with Whale Sharks. We were meant to dive the Blue Hole but heard lots of horror stories from fellow travelers. One Norwegian girl we met (who was a dive-pro might I add, and had completed something like 100 dives) passed out down there and had to be quickly brought to the surface. To make a long story short she essentially died and had to be brought back to life. Eeek!

After hearing that and countless others’ feedback we decided against doing it. Mainly, because it’s really expensive and we were backpackers on a budget. Also, I’ve never dived before (my ears hurt too bad down there). Plus there are hammerhead sharks in the hole. Sharks are my greatest fear by the way.

Unfortunately, it was off-season for us to swim with the Whale Sharks – this is something I want to go back and do. However, two once-in-a-lifetime things we completed whilst in Belize were exploring the Actun Tunichil Muknal (ATM) caves and diving the Hol Chan Marine Reserve. Read more about these amazing activities below.

The ATM caves is a 7km cave system that was used as a Mayan burial site, so there are lots of skulls and skeletons inside. The caves are uber-important to the local people so you cant just rock up at the cave and go in yourself, you have to book a tour with a registered tour guide (there are only 15 guides who can do this tour so be sure to book ahead). We got lucky because the owner of the camp site we were staying at was friends with one of the guides and so we booked on his tour quite easily. Otherwise, you can book the tour at any travel agency in San Ignacio (the nearest town to the caves).

Most of the cave system is filled with water, really deep water like a swimming pool and you must hike 2km through the jungle to get to the entrance of the cave. So being fit is highly recommended. The caves are really dark so you have to wear a headlamp at all times. Once inside the cave it’s surreal, like you’re in an Indiana Jones movie or something. There are different chambers inside with skulls and bones and old Mayan artifacts scattered everywhere. Everything is left exactly how it was when the first explorers found it.

You also aren’t allowed to bring cameras into the cave because once upon a time a tourist dropped his camera on one of the really important skulls and made a massive indentation. Damn tourists. Honestly ATM caves has to be seen to be believed.

The Hol Chan Marine Reserve is like the Great Barrier Reef but better. I’ve dived Australia’s Great Barrier Reef three times and this dive in Belize trumps it massively. Sorry Australia! The best way to do the tour is from the island of Caye Caulker. I highly recommend staying a couple of days on the island, it’s backpacker-central but looks like your own slice of paradise. There’s also lots of yummy food places here.

Anyway, we completed our dive with Carlos Tours who doesn’t have a website unfortunately. But I’m sure your accommodation will be able to arrange a tour with Carlos for you.

I’m going to use photos to explain what words can’t about how amazing this experience was.

We also stayed the night at Belize zoo, actually stayed at the zoo in a wooden cabin. And done a night tour. Because the animals come to life at night and because we live on the edge. It’s not like a normal zoo because most of the animals here have been rescued from crazy Belizean owners who decided one day they wanted a pet Jaguar for example, and then didn’t know what the hell to do with it so gave it to the zoo.

Read more about this amazing place here It’s known as the best little zoo in the world and I have to agree.

We came from Guatemala into Belize via a tiny speedboat. But you can fly from London Heathrow to Belize City – there are indirect options only available. Stops in LAX and Atlanta airports are common stopovers on this route. Most major airports in the U.S fly direct to Belize City.

Hope you enjoyed this detailed list of things to know before traveling to Belize. It’s a long piece, I know, so, if you stuck with it thanks a bunch.

P.S. you can read more about our time in Central America here and here

One thought on “Things to know when traveling to Belize” 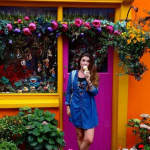 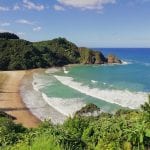